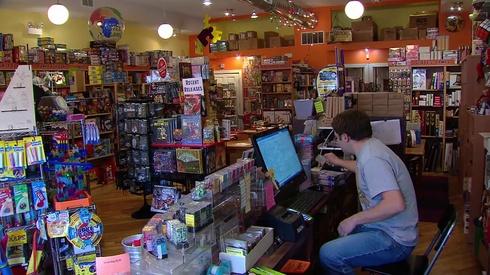 Many think of board games and puzzles as kid stuff, but playing games in Chicago has become serious business. Grab your friends and step into something new! Escape Artistry's owner, Maren Rosenberg, was featured on WTTW's website. Read the entire article here.

Playing Games in Chicago: We'll hear from four players in the Chicago game and puzzle scene.

Most people think of board games and puzzles as kid stuff, but they have become serious business in Chicago. These days, Chicagoans looking for a cerebral night on the town can drop in for a round of Dungeons and Dragons at a bar or get trapped in a room with a ravenous zombie and have to puzzle their way out. We'll hear from four players in the Chicago game and puzzle scene about where you can indulge your inner game geek. Joining us are Sandor Weisz from The Mystery League, David Zoltan from Geek Bar Beta, Jessica Tylkowski from Cat & Mouse Games, and Maren Rosenberg from Room Escape Adventures.

Maren Rosenberg, owner of Escape Artistry, was featured on Spiel Chicago's podcast. Listen to the…

The Role of Small Business in Social Change