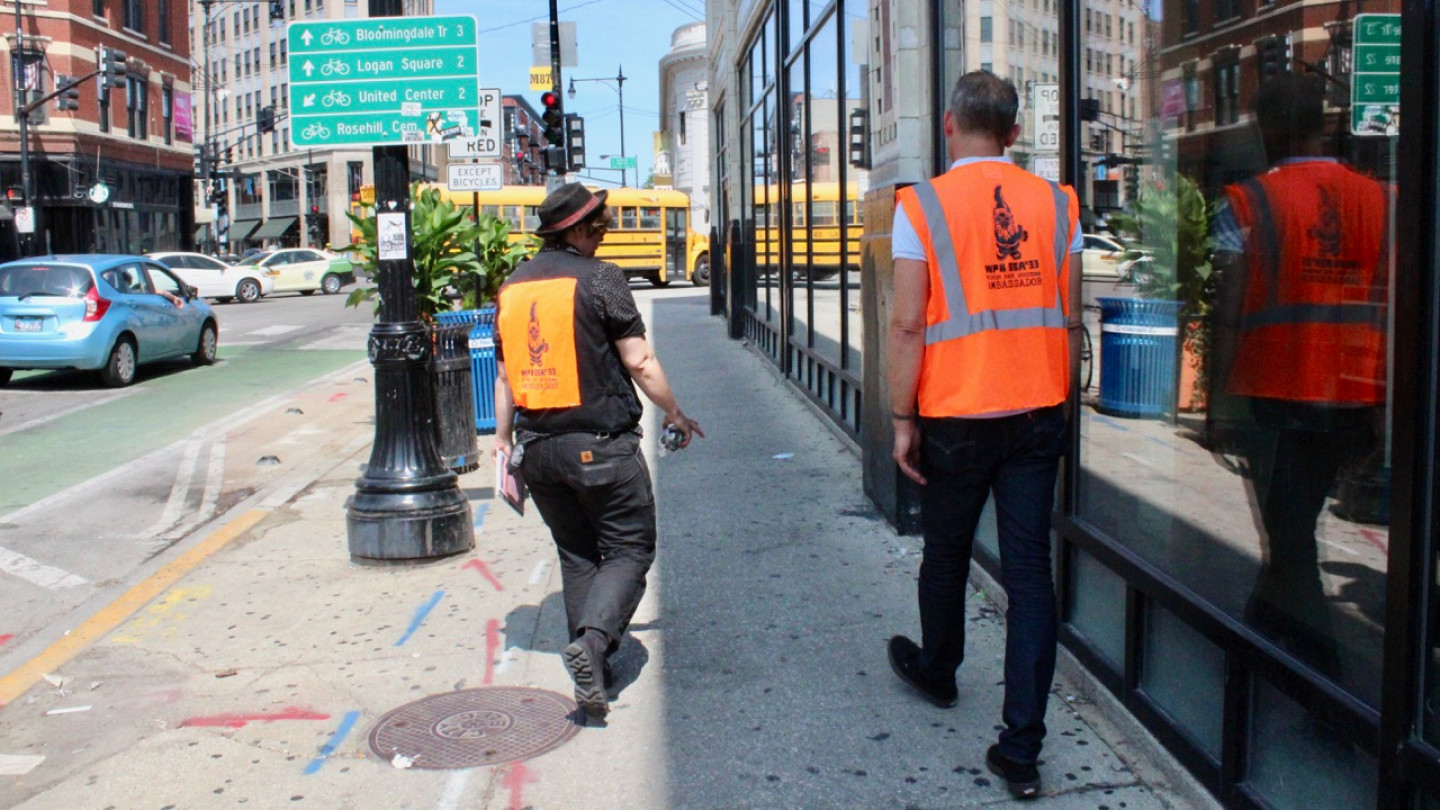 Our very own Melissa Schlesinger - or 13andit - talks to local reporters about new Ambassador program which launched recently in Wicker Park.

"WICKER PARK — Orange-vested folks will soon be walking the streets as part of a new effort to bring a welcoming vibe and extra eyes to Wicker Park and Bucktown’s commercial corridors.

“I was already kind of doing this, talking to strangers and helping them not be lost. It’s a thing I’m good at,” said Melissa Schlesinger, a WPB Neighborhood Ambassador, during a training walk on Wednesday.

The ambassador program “soft launched” last week and will officially start on Friday, to coincide with this weekend’s Wicker Park Fest.

A design director for Escape Artistry, a Milwaukee Avenue theater company, Schlesinger is part of a group of workers from local businesses who’ve agreed to get out of their shops or theaters and walk around outdoors up to 5 hours each week. "

Going into the New Year, we are proud to be an honored recipient of the 2019 Better Business Bureau Torch Award for Ethics!

Wicker Park, Bucktown businesses to use employees to patrol streets The Chicago Tribune interviews our…

Inventive collaboration is a cornerstone of Escape Artistry. Collaboration with Sofar Sounds brings new energy to the artists that come to their space.