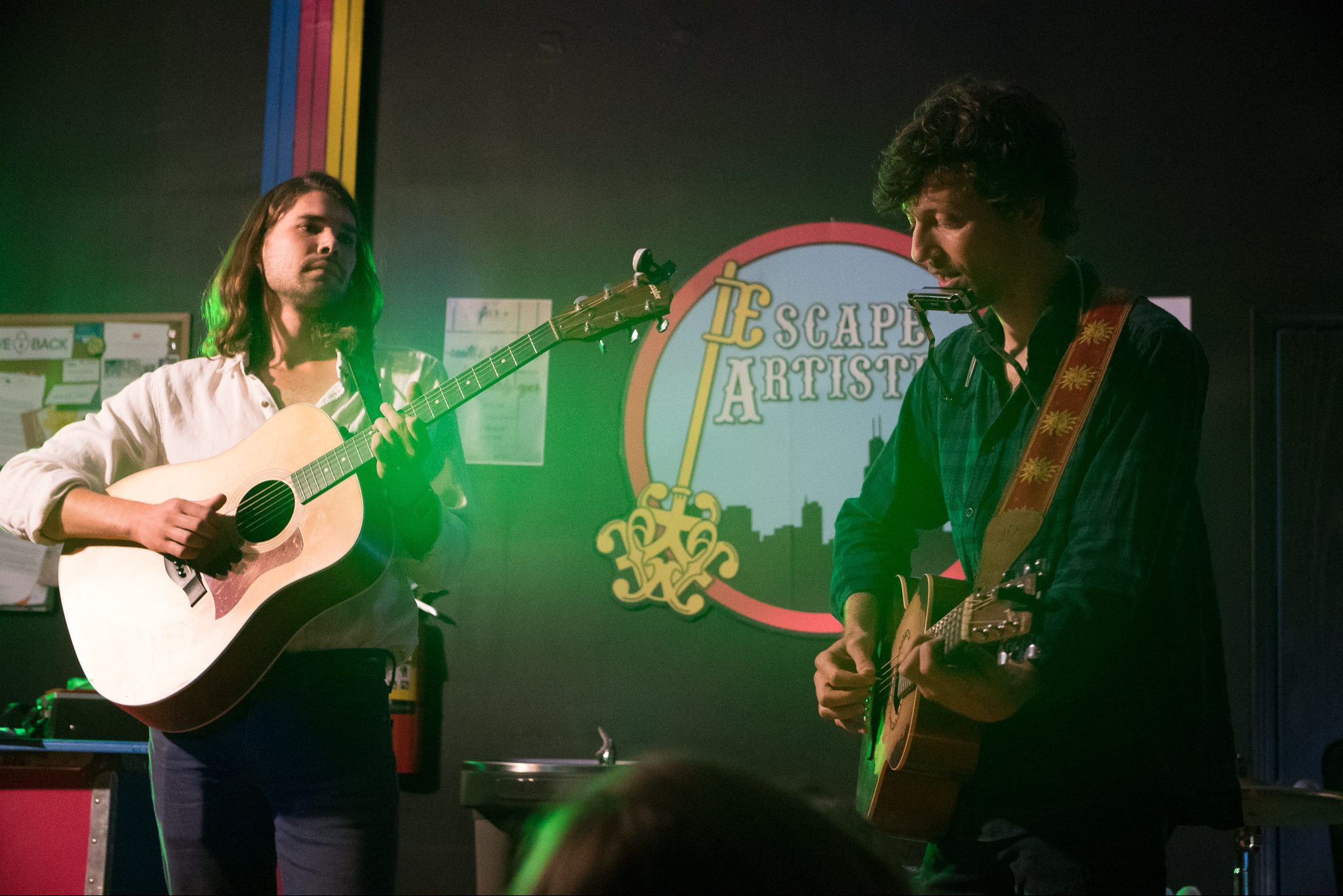 Inventive collaboration is a cornerstone of Escape Artistry. Collaboration with Sofar Sounds brings new energy to the artists that come to their space. Escape Artistry was featured on Scapi Magazine. Read the original article here.

The Power of Inventive Collaboration: Building a Business, Creating Relationships and Working As A Team, written by Olivia Sieck

Unless you’ve been living under a rock for the past decade, you know that escape rooms have been the rage worldwide. I wasn’t aware of their existence until last year, after seeing my friends posting about “surviving” escape rooms all over social media.

According to the Japan Times, the roots of the escape rooms come back from a series of video games called “Escape Games.” The player had to solve mysteries by interacting with people in the room so they could move onto the next level. The first Escape Game video game, Crimson Room, was created in 2004 by Toshimitsu Takagi. In 2007, the Japanese company SCRAP was the first to transform the video game concept into live escape rooms. Its founder, Takao Kato, wanted players to be immersed in the game. The players would play in a themed room and solve mysteries to escape within the allotted time.

I had the opportunity to chat with Maren Rosenberg, Melissa Schlesinger and Grace Pisula, the three spirited leaders of Escape Artistry in Wicker Park."

Rosenberg and Schlesinger first met in 2012 while working on a show, and in December 2014, they started collaborating for their first escape room The Railcar, which opened in Studio 350 n November 2015. In 2017, the first three games opened in the Time Gallery, the other escape room space that is owned by Escape Artistry.

While chatting with the trio founding members, a big word that came up from every person was collaboration.

“Constant collaboration is what keeps everything going,” said Schlesinger. “Even the game itself is a collaboration.”

When creating the puzzles for each room, Rosenberg and Schlesinger conspire puzzles to fit each theme and story of the room.

“When [Schlesinger] and I were designing the Railcar, we also made sure that there were puzzles in each room that described the different intelligences, like logic, kinesthetics, and math,” Rosenberg explained. “We brainstormed, prototyped, tested and adjusted before the room was officially open.”

Escaping The Room Through Collaboration

On a roasting afternoon in mid-July, Scapi Magazine writers—myself included—had the opportunity to try one of the escape rooms in the Time Gallery, which focuses on time-traveling adventures. This was my first time ever doing an escape room. I was really nervous before this experience because I get really anxious when I’m doing puzzles and strategy games under a certain time constraint. I don’t like being under pressure when I’m working on a puzzle.

One thing Escape Artistry loves to do with their games is to blend in Chicago history, so gamers can learn more about the city itself. Our team had the chance to play the Roaring Dan’s Pirate Dungeon game.

This game was based on Roaring Dan Seavey, who was the only pirate in history to terrorize the Great Lakes in the United States. Seavey was notorious for “moon cussing.” It would cause ships to sail into rocks, where Seavey’s crew could easily capture the cargo from the wounded vessel.

Before the game, our escape room guide, Bandit, and an instructional video taught us more about the room, the story, and how to defeat the game. As I walked into that room, my nerves hit. Would I be useful? Would I freak out? Then the timer went off, and suddenly, all of that went away.

As the game began, that same sense of collaboration that helped Escape Artistry get started came to all of us. Team Scapi Magazine came together as teammates and employees. To fittingly utilize Harry Potter World metaphors, we became Hufflepuffs finding items that would help us get out of there. We used our Ravenclaw wit to figure out the multiple puzzles in the room. We used our Slytherin determination to get each puzzle. And we also used our Gryffindor bravery to not let the timer affect us. The sorting hat would be so confused on where to place us after the game.

But don’t worry, we survived the game—with six minutes to spare. And that feeling I got from the fact that I was able to finish the escape room—with the help of my coworkers—was amazing. It also gave me the energy of wanting to do another one again with my family.

Later that evening, I had the opportunity to stay with other Scapi Magazine folx and watched SoFar Sounds, a “global movement” that hosts secret live gigs in intimate spaces around the world. Escape Artistry collaborates with them by letting them use their space for shows. As of January 2018, SoFar Sounds and Escape Artistry have collaborated with each other eight times.

Providing the space for SoFar Sounds is very special for the Escape Artistry team.

“This collaboration is very special because it lets us take a break of the hyperfocus of the business and provide new energy to the artists that come to the space,” Rosenberg explained. “It keeps us grounded to who we are.”

I arrived at the event and it felt like such a friendly environment, with people talking to others right next to them to learn more about one other. I talked to a woman about what would her baseball walk-up song would be, and we agreed that ours would be a Kendrick Lamar song. I saw couples bring blankets to make themselves more comfortable as they sat on the floor. The event was BYOB, so many folx brought different types of beverages with them.

At each show, there is no headliner and no opener; artists aren’t even officially announced until you arrive. The event I attended at Escape Artistry was free, but you had to reserve your spot online as the lobby—where the event took place—could only hold so many people. But when you reserve your ticket for other events, the location isn’t officially announced until 24 hours before the show starts.

Once the show started, they had a few rules: they asked folx to stay throughout the entire show, respect the performers by not being on your phone throughout the show, but encouraged folx to take pictures and promote them on social media. During the show, they had three different artists that all came from different genres: Scott Hildebrand, Johari and Early Eyes; the musical styles ranged from folk to pop, so it was accessible for all the listeners. DIY performances like this make you support new kinds of art and remind you how to be respectful.

Collaboration can go a long way, from helping start a business, playing games with your fellow employees, and building relationships with other artistic companies in the community. Escape Artistry and SoFar Sounds helped encapsulate that idea for me.

We Are Facing Precarious Times

Our facility has closed to the public, but that doesn’t mean Escape Artistry is pausing our mission. Right now, we’re protecting our Chicago community by getting face masks to as many people as possible.

Unravel The Puzzle Of The Dollhouse Escape Room

The Dollhouse: The divine nightmare known only as ‘The Dollhouse Killer’ has sewn a series…